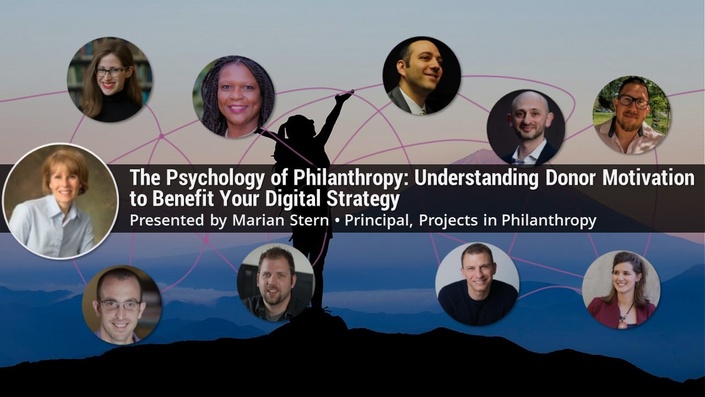 The Psychology of Philanthropy: Understanding Donor Motivation to Benefit Your Digital Strategy


This course has been designed to stimulate fundraisers, executive directors and board members to engage in donor-centric fundraising by inculcating knowledge about their donors’ motivations, values, affiliations, priorities and demographics into their fundraising strategies. The course will focus deeply on the motivating factors of donor behavior, and also covers such topics as donor fatigue, herd giving, and visual cues.

While the information covered applies equally well to traditional fundraising/major donor strategy and digital fundraising, special emphasis is placed on the latter.

Participants will acquire a deeper understanding of donor behavior, which may be deployed in all of their fundraising strategy, and will receive specific ideas and tools for on-line fundraising and digital stewardship. 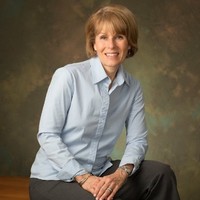 Marian Stern has been an active participant in the Independent Sector for over 35 years. As Manager of Community Programming at Chemical Bank in the 1980’s, she formulated the Bank’s philanthropic policies, directed over $10 million in contributions annually, and provided technical assistance to New York City organizations. During the past two decades, as the principal of Projects in Philanthropy, she has worked with a wide variety of organizations in the regional New York area, providing management and fundraising services, with particular emphasis on fundraising planning, board development and training, strategic planning, meeting facilitation, and professional coaching. She also works with funders to define and implement charitable giving policies.

She has been an Adjunct Assistant Professor at the Heyman Center for Philanthropy and Fundraising at New York University for the past nine years, with administrative and teaching responsibilities in the master’s program, and recently joined the faculty of the Master’s in Fundraising Management program at Columbia University. Additionally, she previously was an Adjunct Professor in the American Studies Department at Rutgers University. She has also presented at conferences and meetings sponsored by such institutions as Wells Fargo, Wilmington Trust, Alliance Bernstein, United Way, Leading Edge, Association of Jewish Family and Children Agencies, Dress for Success, and the Association of Fundraising Professionals. She has been quoted widely in the press in such publications as the Wall Street Journal, Los Angeles Times, Daily Beast, Bloomberg News, Crain’s New York Business, and WNYC’s The Takeaway.