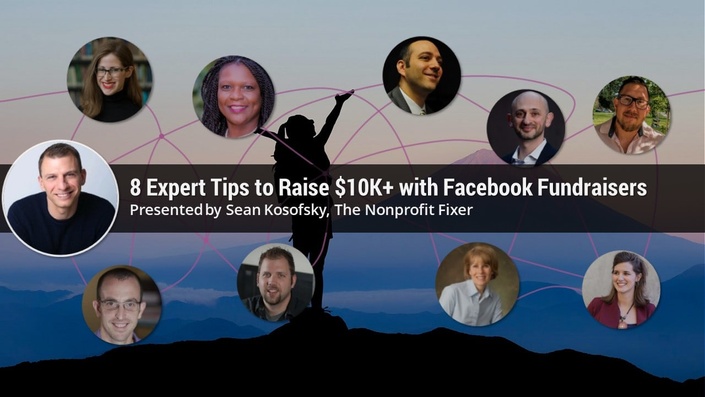 Facebook Fundraisers are an amazing way to bring in quick money for your organization. They really are an easy and powerful tool because they have cracked the code on peer-to-peer + social media fundraising. But a lot can go wrong. Don't make mistakes. 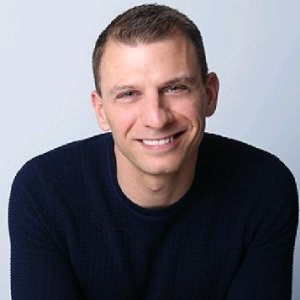 Sean Kosofsky is the "Non-Profit Fixer." For 27 years he has been helping and leading nonprofit organizations and campaigns. He transforms organizations, inspires people to action, and magnifies their impact. His career includes deep work on LGBTQ equality, reproductive rights, adolescent health, the environment, voter engagement, bullying prevention, and civil rights. He has raised millions of dollars for charities, candidates, campaigns, and community organizations.


Kosofsky is the author of “Fundraising Power Pack: 25+ Practical and Pro Tools to Boost Your Fundraising Power” (which he has made available for free to attendees purchasing the Lifetime Pass).

Sean currently runs the Climate Advocacy Lab which helps climate advocates run smarter campaigns, nationwide. Prior to that he was the Executive Director for the Tyler Clementi Foundation (TCF), a national leader in bullying prevention. Kosofsky helped grow TCF from a small startup to a sophisticated national organization. He created and launched their cutting-edge #Day1 Campaign on CBS Sunday Morning to five million viewers. #Day1 has been adopted by The Boys and Girls Club, the YMCA, and Rutgers University, just to name a few.

From 2009-2013 he was the Executive Director of Blueprint North Carolina, a statewide collaboration comprised of more than 50 progressive policy and voter engagement organizations. Sean’s role was to eliminate duplication across the sector and build power and capacity for movement organizations. Prior to that, he was the Executive Director for NARAL Pro-Choice North Carolina, a leading pro-choice political organization in the Southeast. At NARAL he helped pass comprehensive sex-education legislation through the NC General Assembly.

From 1996-2008 Sean was the policy and political director for Triangle Foundation (TF) (now Equality Michigan). While at TF, Sean laid the groundwork for the eventual passage of anti-bullying legislation and played a direct role in many pro-LGBT victories through legislation, litigation, executive orders, corporate policy change, and electoral campaigns.

As a former co-chair of the Equality Federation, Sean worked to grow the power of LGBTQ organizations in every U.S. state and territory.

As a writer, Sean’s opinion pieces and blog posts have appeared in publications around the world. He has been honored by numerous organizations, the Detroit City Council, and former Michigan Governor Jennifer Granholm.

Sean was the co-chair for the campaign to defeat the North Carolina anti-marriage equality ballot measure in 2012. He is the former Treasurer of Equality North Carolina PAC and the former director of Michigan Pride PAC. He has served on the boards of ACLU of Oakland County, MI, State Voices, and Planned Parenthood Health Systems Action Fund.

In addition to running his own consulting firm, Sean is part of Bridge Philanthropic Consulting the nation’s only full-service Black and Women-Owned fundraising firm.